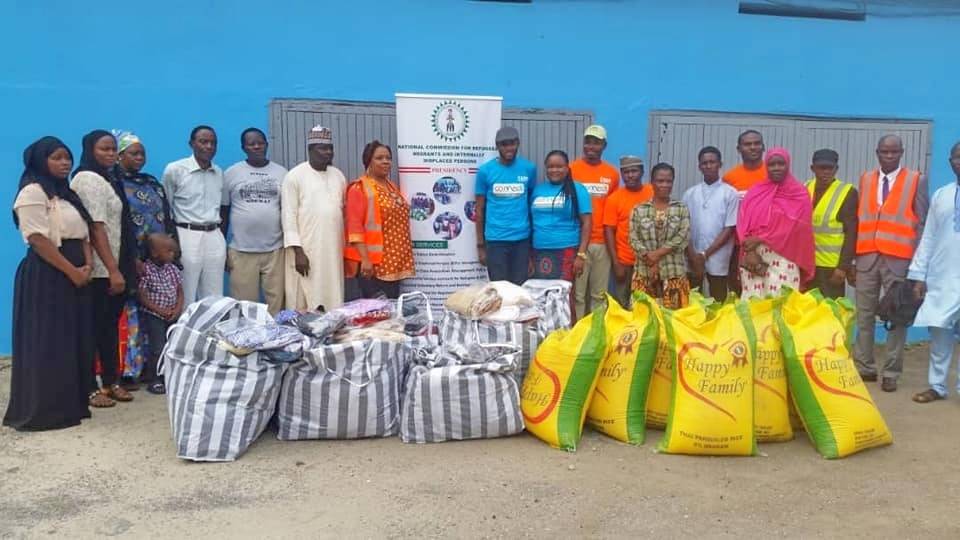 It had become a tradition for us at SOP Initiative to join in the annual celebration of the World Humanitarian Day on August 19. In 2018, we joined in to raise awareness on violence against the vulnerable and the unsuspecting ones.

The figure of Internally Displaced Persons (IDPs) in our country is put at 2,181,218 (www.reliefweb.int) who have been displaced from their communities by insurgents and violence. They had been moved to camps serving as temporary homes with their means of livelihood suddenly taken from them thus having to rely on others for their daily bread until they finally get a new settlement to start over.

The following were our goals and objectives of this project:

So we visited the National Commission for Refugees, Migrants, and Internally Displaced Persons (NCFRMI) Southwest camp in Ikoyi Lagos on August 19, 2018, to make donations of items we had received and procured via the campaign to the IDPs at the camp. These included ten (50kg) bags of Rice and 7 bags of dry-cleaned clothing items.

ConnectCharity, the project arm of the SOP Initiative, is a Christian humanitarian group dedicated to engaging youths positively, adding value to the lives of the less privileged and making great impact in our communities and nation at large.